In Tashkent on October 6, during the visit of the President of  Kyrgyzstan to Uzbekistan, an agreement on cooperative activities in production, promotion and trade of textile and clothing products was signed between the Qoovee.com trading platform and the Agency for Advertising and Marketing of Textile Products within the JSC “Uzbekengilsanoat”  in the presence of Ministers of Economy of  two countries.

Also, an agreement on common promotion of Uzbek and Kyrgyz exporters to third countries on the Qoovee.com trading platform was negotiated. For this, joint marketing, advertising and PR campaigns will be developed and launched. 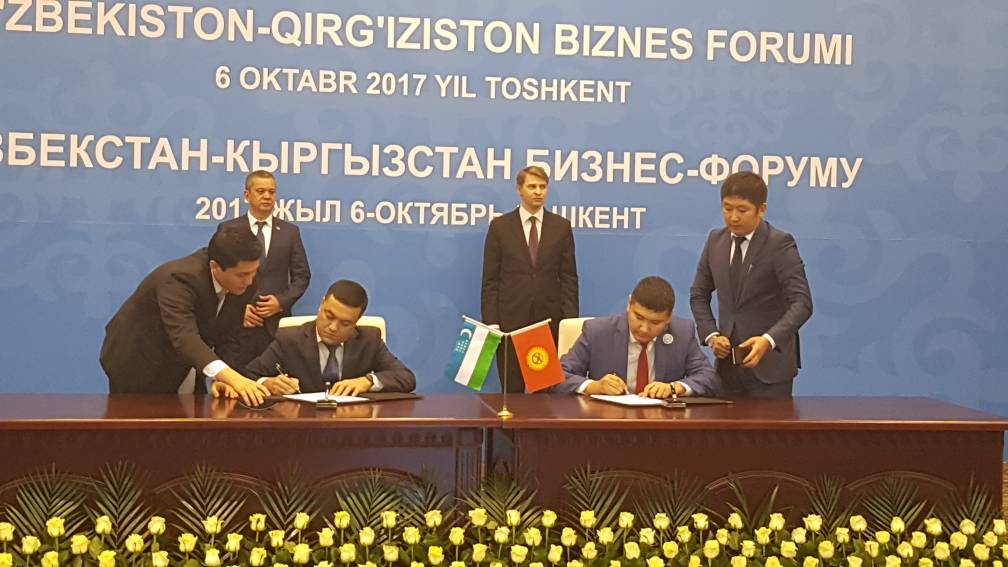 This agreement will allow Uzbek and Kyrgyz companies, private entrepreneurs to find each other, browse goods catalogues, and make deals between themselves and with customers from third countries on Qoovee.com

This cooperation will increase the turnover and simplify the partner searching for entrepreneurs. At the moment, more than 700 and 100 companies from Kyrgyzstan and Uzbekistan are already located on the Qoovee platform, respectively. In the near future it is expected that this amount will grow several times.

Qoovee.com is an electronic platform for wholesale  trade and business services. Today, more than 18.300 suppliers trade on it and  tens of thousands of people visit the site every month.

The state-joint-stock company “Uzbekengilsanoat” is responsible for the development of Uzbekistan’s light industry, which in 2017 exports products worth more than $ 1.3 billion. It includes about 500 largest uzbek manufacturers of textile and clothing products.