Qoovee.com, a global trading platform for businesses, has become the first official e-trading platform in Dubai to host international trading, with Dubai serving as one of the key hubs for this. Qoovee facilitates the trade of the Emirate of Dubai with foreign markets, as well as other countries. Official cooperation with the Government of Dubai represented by Dubai Exports began in 2019.

Google starts supporting Qoovee in strategic marketing. A strategy is being developed to promote Qoovee in different countries using Google technologies and platforms. A number of powerful advertising campaigns are also being prepared.

Qoovee is a strategic partner of WCA Ecommerce. Together with alliance members, Qoovee is building a digital and fastest logistics system that allows you to quickly receive tariffs and deliver goods to Qoovee users around the world.

CSS Group is one of the largest logistics companies in the Middle East and South Asia. Over 750 employees. 26 years on the market.

Qoovee and CSS Group, working together, provide suppliers and wholesalers of the Qoovee.com trading platform with a cargo transportation service in the Middle East, South Asia, the USA, etc. 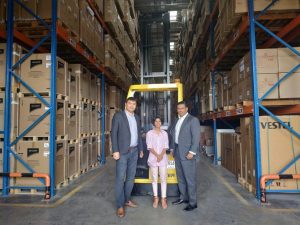 Through Kazakhstan there are overland transport transit routes from China to Europe and the Middle East, which carry millions of tons of cargo annually. Atasu is one of the largest transport and logistics companies in Kazakhstan, which provides transit of Chinese cargo to the CIS and Europe.

Qoovee and Atasu are jointly digitizing the Great Silk Road and speeding up cargo transportation in Eurasia between East and West.

Qoovee signed a memorandum with NAFL – the National Association of Freight Forwarders and Logistics Companies of the UAE.

Qoovee President Turat Bulembaev and NAFL President Nadia Abdul Aziz agreed on strategic cooperation aimed at developing trade between the UAE and other regions of the world, including the EAEU and the CIS. The parties also agreed to develop innovative logistics solutions for the entire region of the Middle East and other countries. New solutions in the field of logistics will allow suppliers and customers from different countries to increase trade and enter new markets. 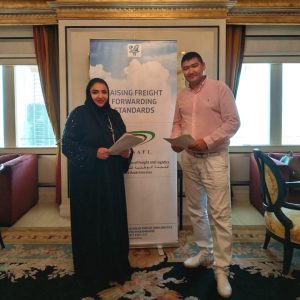 Qoovee Group President Bulembaev Turat and President of the Bangladesh Chamber of Commerce and Industry (for the CIS) Habib Ullah Dawn signed an agreement on partnership and promotion of suppliers and wholesalers of Bangladesh in the international market.

Kazakhtelecom JSC is the largest Kazakh telecommunications company with the status of a national company.

Qoovee and Kazakhtelecom agreed on joint promotion in the market of Kazakhstan and promotion of entrepreneurs from Kazakhstan to the international market. In particular, assistance will be provided in promoting Kazakhstani exports of both goods and B2B services, as well as attracting reliable suppliers from other countries to import quality goods to the Kazakhstan market.

Presidents of Qoovee Group Bulembaev Turat and Chamber of Commerce and Industry of Kyrgyzstan Sharshekeyev M. agreed to establish partnerships and begin the development of long-term, effective and mutually beneficial cooperation aimed at promoting the export of the Kyrgyz Republic. 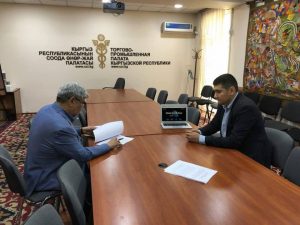 In Tashkent, on October 6, 2017, as part of the visit of the President of the Kyrgyz Republic to the Republic of Uzbekistan, between the Kyrgyz representative office of Qoovee and the Agency for Advertising and Marketing of Textile Products under the Uzbekistan textile and garment industry Association, in the presence of the Ministers of Economy of the two countries, an Agreement was signed on joint activities in production , promotion and trade of textile and clothing products. 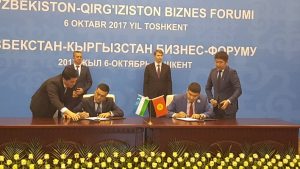 B2C Marketplace aggregator from Bangladesh. Created by the Government of Bangladesh and UNDP. Qoovee and Ekshop attract suppliers from Bangladesh to enter the international market using the trade and logistics platform Qoovee.com 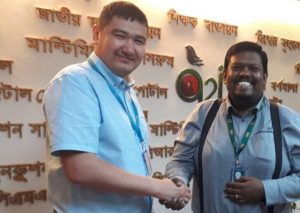