The international trade and logistics platform Qoovee.com has become the largest and most visited wholesale trading platform for businesses in Central Asia.

Qoovee has become the leading online trading bridge for the countries of Central Asia for both intra-regional trade and for trade of Central Asian countries with external markets such as Turkey and the Middle East, China, India, Russia, Europe, etc.

At the same time, Qoovee is a global trading wholesale platform and Central Asia has become one of its key markets, where Qoovee has become the leader in B2B trading.

Why Qoovee is the largest B2B marketplace in Central Asia:

The Central Asian region is becoming one of the key regions of the world through which transport and logistics routes run from East to West, from North to South and back. 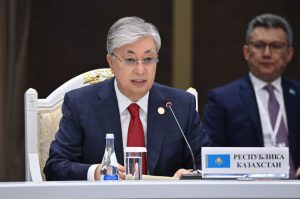 As President of Kazakhstan Tokayev said at the summit of Central Asian countries in Cholpon-Ata (Kyrgyzstan) that: “Even a cursory glance at the map speaks of the unique geographical location of Central Asia at the junction of Russia, China, South Asia, the Middle East and the South Caucasus. In the new geopolitical realities, the role of our region in the promotion and development of transcontinental trade is growing rapidly. Under these conditions, Kazakhstan is actively developing the trans-Caspian international transport route.” 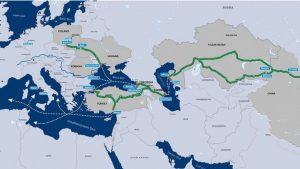 The Qoovee trade and logistics platform, being the main B2B trading platform in Central Asia, thereby becomes one of the key players in the promotion and development of transcontinental trade in Eurasia. Wholesalers can take advantage of this fact by placing themselves on the site, actively promoting their products or purchasing and sourcing among the growing base of market players.

“You inspired us to create!” — the results of the Central Asia Business Meeting