The story about how a wholesale buyer and supplier found each other on  Qoovee and concluded a deal.

The S&A supplier registered on Qoovee.com, topped up the balance for promotion, which allowed it to take places in top positions in catalogs and in the product feed  on Qoovee.

Here’s what the supplier says:

“I want to thank the Qoovee team for the platform they have built. This is a unique place where people can realize their business interests. On the first day, I topped up my balance for a trial $ 100 and have started receiving requests and inquiries from potential buyers. “

Sadykov Syrgak, head of S & A garment production factory. Link to the S & A store on Qoovee

Step 2. The buyer creates a Request for Quotation on Qoovee

A buyer from Moscow who did not know anything about Qoovee began searching for new suppliers cause the previous ones began to fail with supplies. During the start of his query, he learned about the Qoovee platform  and Created the Request for Quotation.

Here’s what the buyer says:

“We have a start-up, a chain of clothing stores. (We are currently selling in Moscow and Kazan). We are looking for new suppliers, but we don’t have time to review and search for them on catalogs or call suppliers. I ran into the Qoovee.com platform, created one request, but to be honest, I was skeptical. But the Qoovee representatives contacted me and asked if I confirm my request or not (this surprised me). Once my request was confirmed suppliers started to text me and call, send catalogs, etc. This service is useful because saves a lot of time.”

Step 3. Suppliers send their offers to the buyer

The S&A supplier received a notification from Qoovee about the new order and responded to the the buyer’s request and sent his offers.

Step 4. The buyer selects the most suitable suppliers

The buyer got acquainted with the offer of S&A and other suppliers. Since the purchase was for a large amount and on a constant basis, the buyer decided to personally meet with various suppliers that he found earlier on  Qoovee  so he can verify the quality of supplies and learn the capabilities of suppliers.

Step 5. Buyer and Supplier had a meeting organized by Qoovee

Qoovee helped to arrange a meeting. You can see on the photo the representatives of the buyer and the supplier. 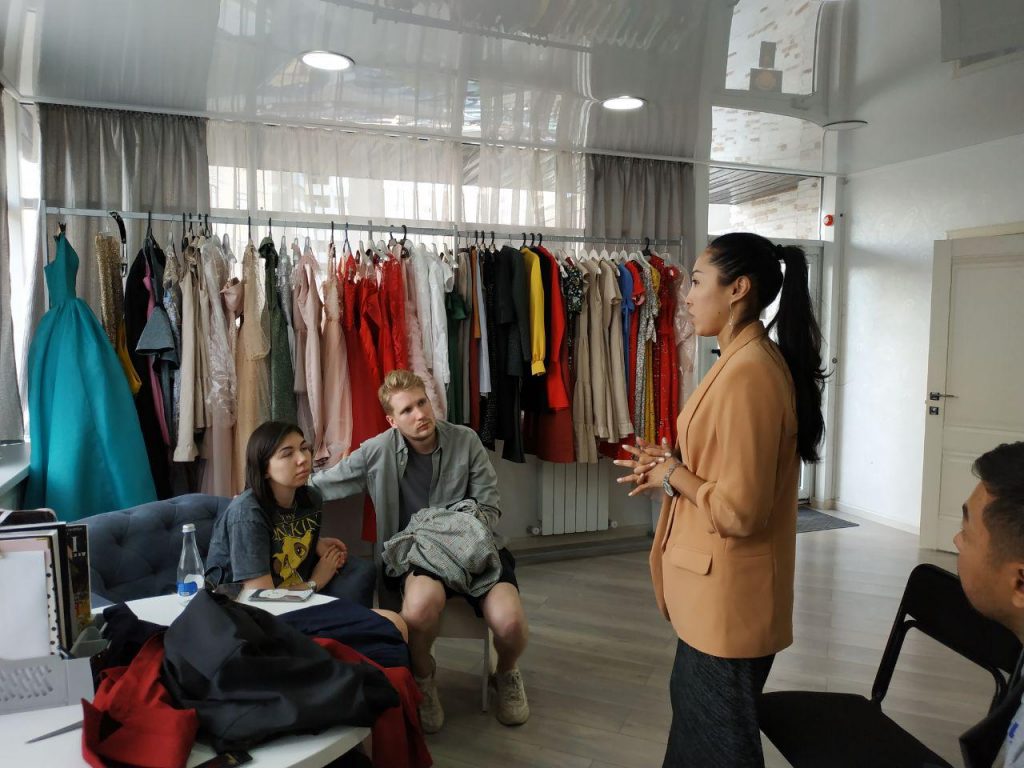 Step 6. The Buyer and the Supplier signed a contract and first batches had been sent

The supplier’s video feedback  about this deal and about Qoovee. Note: Turn on English Subtitles

Mrs. Aira, the founder of S&A  garment manufacturing factory, shared her feedback and story on how they found big wholesale buyers on the trade platform of Qoovee.com.

“Hi! My name is Aira. I am the founder of the garment production factory of S&A. We produce women’s clothing.

I would like to share my review of the wholesale trade platform of Qoovee.com. We have registered on the platform and topped up our account balance. And found unique buyers, signed agreements with them. And even have sent the first batch of their orders The platform really has helped us. Thank you very much for such support and aid for local manufacturers like us.”

Today, more than 23 000 suppliers are represented on Qoovee, and hundreds of thousands of buyers visit the platform in order to purchase goods in bulk and order services for their businesses.

It is worthy to note that suppliers can subscribe on Qoovee for free of charge and pay only according to the result. They do not pay for views, impressions or clicks. Sellers only pay for incoming inquiries from potential buyers and decide how much to pay per inquiry on their own, it means they set own bid.

Sell on Qoovee and start promotion right now and pay only on results!